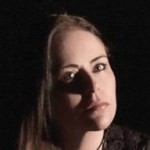 Prior to this position, she was the Senior Advocacy and Communications Manager at End Human Trafficking Now (EHTN), which spearheaded the link between businesses and human trafficking during the period 2006 to 2013. Rasha was responsible for EHTN’s public and media relations, and co-founding and managing EHTN’s youth programs, namely the Youth Against Human Trafficking network whose followers she expanded over four-fold in a year. From 2001 to 2004, Rasha was Speech Writer & Policy Adviser to the Executive Director of the Joint United Nations Programme on HIV/AIDS (UNAIDS) in Geneva. Following this position, she continued in the field of Public Relations and Communications, working first as Director of Communication & Advocacy for the Association François-Xavier Bagnoud, and later as Senior Communications Consultant for various companies. From 2009 to 2010, she was a Board Member of Libertà association & helpline, the first hotline for victims of human trafficking in the French-speaking part of Switzerland.

Rasha has a BA in International Studies and Business Management (Honors) from Webster University, Geneva, Switzerland, and was awarded a fellowship for her MA in Mass Communication, emphasis on Journalism, from the American University in Cairo, Egypt. She has published articles on a variety of topics in many sources over the last 20 years, namely for the Harvard Series on Population and International Health, USA, as well as the Encyclopedia of Global Environmental Change, Wiley ed., UK. She is a recipient of the Together for Peace Award by Mariapia Fanfani, Rome, Italy, to testify women’s contribution to a culture of peace.

She resides in Geneva, Switzerland, where she continues to grow Youth Underground and raise awareness about human trafficking.

The Worldwide Association of Female Professionals Member Rasha Hammad can be found on the Association Directory, where she is looking forward to networking with you.