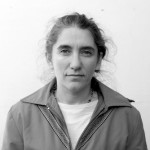 Ana Fraile is founder and director at Pulpofilms, a production company specialized in creating audiovisual content. Based out of Argentina, the bilingual media company is comprised of researchers, scientific advisors, graphic designers, animators, musicians, screenwriters and directors. The company offers development, production and postproduction services for television, film and digital media, as well as project consulting services and film equipment rental.

Having released her first film in 2010, Ana channeled her success into a gathering momentum, partnering with an editor and establishing Pulpofilms. She earned her first bachelor’s degree in Screenwriting from the International School of Television and Cinema (EICTV). Her first documentary received the National Film Academy Award for Best Documentary. Today she continues to write the bulk of her work, and enjoys having the freedom to pursue her artistic vision and storytelling craft.

Ana resides in Argentina, and is a member of the ADN association for documentary filmmakers. She speaks fluent English and Spanish, and credits her success to having an active imagination, being able to remain strong as a woman in a male-dominated industry, and being a hard worker. She is passionate about projects that engage the intersection between science and art, and wants to work for universities and foundations across the world.

Worldwide Association of Female Professionals VIP Member Ana Fraile can be found on the Association Directory, where she is looking forward to networking with you.