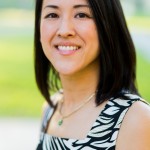 Anita is currently the Chief Financial Officer of St. Vincent Medical Center (One of 6 Verity Health System Facilities, formerly known as Daughters of Charity) in California. She has been in various Hospital Financial Executive positions over the last 12 years.  She attained her Master’s Degree in Health Administration from The University of Southern California in 2005 after attaining a Bachelor’s Degree in Animal Physiology and Neuroscience from The University of California, San Diego in 1998.

Prior to her current role, she was the Chief Financial Officer of the Hospital System for Prospect Medical Holdings in Los Angeles, California where she contributed to over 100% growth in net revenues of the hospital system from 2013-2015, including the acquisition and turnaround of a three-facility health system in Rhode Island. She was responsible for the financial reporting & cash management for this expanding multiple-facility hospital system with presence in California, Texas, and Rhode Island with 13 health care facilities, 2,258 licensed beds and annual net revenues of over $1 billion during her tenure.

Worldwide Association of Female Professionals Member Anita Chou can be found in the Association Directory, where she is looking forward to networking with you.