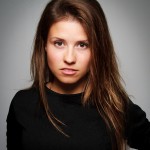 Anita Valrygg is the Owner and Principal of Valrygg Architcture, a boutique architectural firm based in Cophenhagen, Denmark. Offering exceptional design solutions for both commercial and residential projects, the firm operates on the vision that beauty exists in something done well. Committed to revealing the beauty in everyday life, finding the harmony in form and function informed every step of her design process and implementation.

Having founded the firm in 2014, made a strong impression in her early career, winning numerous awards for her expertise. She won the 2008 Honorable mention for the BAF Pavilion Competition, was nominated for a 2010 AIA Jean Roth Driskel Scholarship, received a 2010 ASAF Scholarship, and in 2011 earned the Sci-arc Thesis Scholarship. She also earned a grant from the Graham Foundation for her 2010 “Thinking the Future (s) of Auschwitz” to IDEA Office 2010, Eric Kahn & Russell Thomsen, and in 2013 received Honorable Mention in the Bodo City Hall Competition.

In addition to running her architectural practice, Anita is a Founder of Founder of HUS Ø “the House” Copenhagen, an innovative workshop comprised of creative minds across a range of fields, offering a Nordic design perspective to a global market. Her forward thinking mindset has also led her to become Co-Owner of Kristiania, and Co-Funder of Standing.DK.

Worldwide Association of Female Professionals Member of the Year Anita Valrygg, MArch can be found in the Association Directory, where she is looking forward to networking with you.