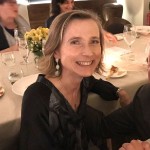 Annachiara Tassan is the Publisher of DeA Planeta Libri, a joint venture between De Agostini Libri S.p.A. and Editorial Planeta Sau, part of the Planeta Group. With over three decades of experience in the field, Annachiara serves as the Editorial Director and Publisher of the firm’s Children, Juvenile and Adult Nonfiction divisions. Working with a team of editors, she scouts for new writing talent, manages acquistions and directs editorial activities on a national level.

After earning a master’s degree in English Language and Literature from the Università degli Studi di Padova, Annachiara launched her publishing career at The Walt Disney Company Italia spa. There, she became the Editorial Director of Global Books, and was the recipient of two awards for her contributions to the company. Prior to her current position, she joined De Agostini as Publisher Libri.

Known throughout the industry for her creativity, Annachiara developed several series and projects during her time at Disney and is now responsible for the development of over 300 tiles per year. She is a lifetime member of the WAoFP, and is looking to scout for new projects and work with more authors on an international level. She resides in Milan, and speaks fluent Italian and English. Outside of her professional endeavors, she is an avid traveler.

Worldwide Association of Female Professionals Member Annachiara Tassan can be found on the Association Directory, where she is looking forward to networking with you.