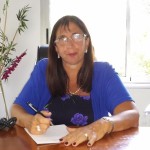 Dr. Carolina Schiappacasse is the CEO and Medical Director of Clinica de Rehabilitacion LAS ARAUCARIAS, a leading Argentinean medical and physical rehabilitation center. A renowned expert in physical medicine, Dr. Schiappacasse is a specialist in amputations both for adults and children and also treats stroke, TBI and SCI patients, and others suffering from a variety of other physical conditions. Having also established and founded the clinic, today Dr. Schiappacasse oversees a rotating staff of 150 doctors and nurses and other presonnel.

With a background in the public health sector, Dr. Schiappacasse earned her medical degree in Rehabilitation from Buenos Aires University, class of 1982. She is a PRM Specialist from the University, and holds diplomas from the Public Ministry of health and SAMFYR, respectively. She also served as a Fellow at the Rehabilitation Department of the Hospital Italiano de Buenos Aires training in amputees and diabetic foot, and completed postgraduate studies in Health Management under the Health Ministry of Buenos Aires Government.

Beyond practicing medicine and running large scale health clinics, Dr. Schiappacasse is an experienced teacher, having taught courses at the University of Buenos Aires, National Rehabilitation Institute and the Prosthetics school of San Martín University. Her professional affiliations are vast, and in addition to her lifetime membership in the WAoFP include memberships in the Sociedad Argentina de Medicina Física y Rehabilitación—Argentinean PMR, the Argentinean Diabetic Foot Society, co-founding member of the International Society for Prosthesis and Orthotics, founder of the Argentinean Amputees Society, co-founder of the NGO Amputees Without Frontiers, member of the Certification and Recertification Committee in PMR for the Argentine Medical Association, member of the Normalizing Subcommittee for the Categorization of levels of care in PMR, and a Member of Ethical and Honor Board for PMR.

For the great contributions to her field and beneficial effects her work has had on her patients’ lives, Dr. Schiappacasse has been recognized with numerous awards, including the José M. Jorge Award from the National Academy of Medicine (1987, 1996), Merit award by the SMTBA (2009), Merit award for over 20 years in PMR by SAMFYR (2010), National Academy Award from the National Academy of Medicine (2010), and a Certificate of Recognition for her dedicated service and contributions of exceptional merit to the International Society for Prosthetics and Orthotics and the worldwide prosthetics and orthotics community (2010).

Dr. Schiappacasse travels the world to attend conferences and speak on topics of rehabilitation and amputation. She is a mentor and role model to women in medicine and entrepreneurship, and hopes to increase the accessibility of medicine to those who may not be able to afford it. She speaks fluent English and Spanish, and outside of running her busy medical practice enjoys traveling and reading.

Worldwide Association of Female Professionals Member Carolina Schiappacasse can be found on the Association Directory, where she is looking forward to networking with you.