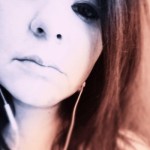 Claudia Galingani Mongini is the Chief Executive Officer and Founder of Liquid Sky design, which she founded in 2003. In addition, she is a graphic designer and social media agent of PaganoEvents and IPT Service in Milan. She has invested in small projects, so that she is able to spend the majority of her time with her children, which she says was the best choice.

Claudia has primarily been involved with the graphic design, interior design, digital and 3D illustrating, web architectures, and creative campaigns sectors of this artistic industry during her career. In addition, she has been commissioned as a graphical user interface developer for Apple iOS and Android interfaces. She is an advisor and expert at architectural, color environment analysis, and period design.

Claudia is a senior member of STV and SBD boards of design and a member of SuiDe Board of Design. She is fluent in English and Italian, and she has a level of working proficiency of Japanese, German, and Portuguese. She has acquired a Cisco Certified Network Professional (CCNP) routing and switching certification. Claudia co-authored the article “Storia del Cinema di Fantascienza #1-#11” in Fanucci Editore (2000) and wrote the science fiction essay “Rick Baker alle soglie del MID” in Collana Urania, Mondadori (1999).

Constantly staying on top of the industry, she reads up on the latest technology and consistently puts her clients first in her business. She resides in Switzerland.

The Worldwide Association of Female Professionals Member, Claudia Galingani Mongini, can be found on the Association Directory, where she is looking forward to networking with you.