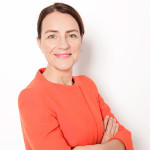 Dr. Angelica V. Marte, MAS is a Senior Researcher at the Leadership Excellence Institute LEIZ | Zeppelin University, Germany, a Senior Lecturer at various Universities and the founder & CEO of the start-up “mim_more is more”. In her teaching, research, and entrepreneurship, she deals with topics of leadership development, diversity and gender-balance. She has also co-directed 3Sat-documentary films on various countries.  She says her focus and passion is on diversity, change and networking.

Offering over 25 years of experience in her field, her time is split between consulting, teaching, coaching and filming. A prominent female leader, she received her Doctoral Degree in Business Economics from the Private University Witten/Herdecke in Germany, and belongs to the German Coaching Association, the Systemic Society Germany, and the Database Supervisory Board Austria. She is also teaching at the Center for Systemic Research and Consulting (Heidelberg, Germany) for qualified systemic coaches.

Dr. Marte held speeches and has published numerous articles in the transdisciplinary interface of Economics, Sociology and Psychology. In the next few years she hopes to inspire people with a TED Talk, film more documentaries featuring female voices and have more impact on more people in society. She attributes her success to her free spirit and her ability to collaborate instead of compete, and credits her success to multiperspectivity, empathy and humor.

Worldwide Association of Female Professionals Member, Dr. Angelica Marte, can be found on the Association Directory, where she is looking forward to networking with you.