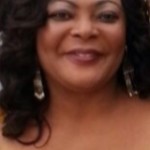 Esther has over 25 years experience  in a wide range of clinical settings. She has worked in a variety of roles in nursing and midwifery, including management, leadership, clinical development, and supervision. All of these have led to her passion for education.

Esther is involved in an educational group in East London’s Local Maternity System, which supports maternity recruitment and retention programs across acute providers in East London. She also supported in the development of a national Midwifery Supervision Network in North East London aimed to support midwives in practice. Esther was on the steering group to work on guidelines for preceptorship programs as well as skills passport for midwives in London. She was invited to speak at the launch of Capital Midwife Framework.

Esther adopted and implemented a structured 12 months program for preceptorship midwives in one of the acute trusts in London. She is passionate about supporting midwifery education to improve maternal and child care.

In the future Esther hopes to continue to learn, grow and impact others. She attributes her success to passion and hard work. She is looking forward to networking and connecting with other like-minded professionals, and to gaining the recognition and credibility of being a member.

Worldwide Association of Female Professionals Member, Esther Boye, can be found on the Association Directory, where she is looking forward to networking with you.