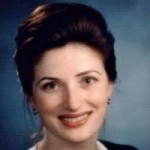 Gabriele Ott is the CEO of Arca Winston Films International.  She has been director of an internationally acclaimed and award winning film company for many years.  She holds a doctorate in medicine and is also pursuing studies in philosophy, arts and science.

Gabriele has been in her current role for 1 year and has 20 years of overall experience.  She works distributing films and contracts for many film companies specializing in Germany.  Her current goal is to utilize other channels to communicate  .She attributes her success to hard work and having a clear vision.

Gabriele looks forward to networking with the younger generation. When not working she enjoys art, photography, and philosophy.  Gabriele resides in, Switzerland.

Worldwide Association of Female Professionals Member Gabriele Ott, MD can be found in the Association Directory, where she is looking forward to networking with you.