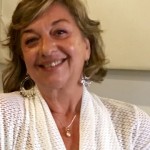 Jimena Bronfman is the Founder and Owner of Jimena Bronfman y Cia. Ltda., a consultancy and legal advisory company specializing in providing services to the natural resources, financial, and other international business sectors. With more than 30 years of experience, Jimena conducts, among other, feasibility studies for new projects, including legal, tax and corporate structure specifications, for private, public and community establishments. She is an expert in mining, energy, oil and gas, transportation  infrastructure, and contracting, and is well versed in all particularities with regard to PPA, EPC, JOA and required permits.

After completing her degree in Law from the University of Chile, Jimena worked as an Associate in the Tax department of PwC. She served as the Chief Lawyer for International Exchange and Commerce at the Central Bank of Chile, and was Chief Legal Counsel for the Foreign Investment Committee. She also served as Partner at Guerrero, Olivos, Novoa y Errazuriz, one of the biggest law firms in Santiago, Chile, and was the Vice Minister at the Ministry of Energy, appointed by President Piñera in 2010..

She is also an arbitrator of the Arbitration and Mediation Center of the Chilean Chamber of Commerce.

Worldwide Association of Female Professionals Member of the Year Jimena Bronfman can be found in the Association Directory, where she is looking forward to networking with you.