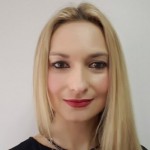 Karin Baumgartner is the Regional Manager for Colombia, Costa Rica and Venezuela of Excel Logistics Group, an international firm that specializes in global air and ocean freight, customs services, and other logistics solutions. Having joined the firm in 2008, Karin has over 11 years of experience in he industry and was appointed the new Regional Manager in July. In her role, Karin oversees budget maintenance, commercial functions and supervises the sales team. One of her greatest accomplishments has been opening the Costa Rican office, for which she hired and trained all staff.

After earning a degree in Modern Languages, Administration and Management from Metropolitan University, Karin launched her career as an account executive for Venamcham. Prior to joining Excel Logistics Group, she was the Retention Manager & BPA for Venezuela at Expeditors International.

Karin credits her success to facing challenges head-on and taking a lot of risks. She resides in Bogota, Colombia and speaks fluent English, Spanish and German. Outside of work she enjoys helping a local organization, to which she donates funds for stray dogs.

Worldwide Association of Female Professionals Member Karin Baumgartner can be found in the Association Directory, where she is looking forward to networking with you.