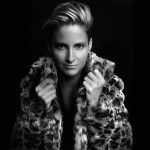 Looking at Lorena Orraca’s colorful life, it’s quite clear she was meant to be a storyteller. She grew up getting her feet wet in tropical paradise Acapulco. Although her family was one of the most prominent in the restaurant industry, it was her grandmother, a fashion designer who especially inspired her to follow her own path. Unable to stay too far from the water, she became a dolphin trainer for a popular water theme park in Mexico City. Soon after she was bitten by the filmmaking bug.

Learning it was a close-knit boys’ club made her persevere to succeed even further as one of Mexico’s first female directors in advertising. She owns a production house, Home Films, production house based in Mexico City specializing in producing commercials, digital content, movies, and even television series. and her client roster expands multiple countries, including Mexican giants Telcel, Bimbo, Televisa, BBVA Bancomer, and international brands P&G, Anheuser-Busch, Santander, KFC, Pepsico, Bimbo, Nestlé, Danone, among others. And as of late, tabletop projects have become a specialty, closing her lifelong relationship to the world of food and flavor.

Lorena is looking to shoot more outside of her country and expand her business. She is excited and looking forward to networking and connecting with other like-minded professionals, and to gaining the recognition and credibility of being a member of the Worldwide Association of Female Professionals.

Worldwide Association of Female Professionals Member, Lorena Orraca, can be found on the Association Directory, where she is looking forward to networking with you.