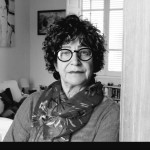 Laura Aprati is an Italian Journalist, TV author, blogger and producer.  She is currently working as an author for RAI (Italian Public Television) since 2002.  She has also authored books,  mainly on organized crime such as “Malitalia, stories of mafia heroes and hunters” wrote with  Enrico Firro.

Alongside Enrico Fierro, she has written and directed the theatrical play “O cui o cu iddi. La vera storia di Maria Concetta Cacciola”, the story of a young lady  who died  for the decision to leave the crime family of ‘ndrangheta.

She has received international awards for her documentaries and has also worked, like a fixer, with Sky Atlantic, National Geographic and with journalists from England, Australia and Nederland.

Laura produced “Women’s Strength” a documentary on the role of women during the war. The key to her success is passion.  She is looking forward to networking and connecting with other like-minded professionals, and to gaining the recognition and credibility of being a member.

Worldwide Association of Female Professionals Member, Laura Aprati, can be found on the Association Directory, where she is looking forward to networking with you.