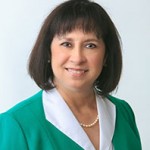 She later attended Tulane Law School where she served as Justice on the Moot Court Board and was awarded the Patrick D. DeRouen Award as “Outstanding Senior Writer” in 1991. She also served on the Senior Appellate Intraschool Competitions Committee as brief writer for the Georgetown 1990 Bioethics Competition. Ms. Buford has conducted seminars on various topics including healthcare law, health information management, and medical malpractice litigation. She has also authored several articles on healthcare, Medicare, and medical malpractice topics, including an article entitled, “ERISA Preemption of Claims against Managed Care Organizations based on State Law,” Certworthy, The Newsletter of the DRI Appellate Advocacy Committee, Winter, 2003. In 2009, Ms. Buford completed the Medicare RAC Certificate Program of the Second National Medicare RAC Summit held on September 14 – 15, 2009 in Washington, D.C., and has subsequently participated in multiple RAC/MAC Summits, as well as the Health Care Compliance Association’s Compliance Institutes. Ms. Buford is licensed to practice law in all federal and state courts in Louisiana.

The Worldwide Association of Female Professionals Member, Michelle Buford, JD, RHIA, can be found on the Association Directory, where she is looking forward to networking with you.