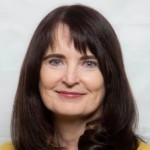 Lynette Mayne is CEO of Work Wear World, a leading supplier of work and safety apparel to some of Australia’s largest corporations. The employees of Work Wear World have a significant beneficial interest in the company and participate fully in all aspects of the business. Lynette jointly leads the Chief Executive Women Leaders program, which is designed to enhance the leadership skills of senior females in major companies in Australia and Asia; and represents Australia at the APEC Women and the Economy Forum where she received an innovation award from Hilary Clinton at the inaugural Forum in San Francisco in 2011.

Lynette is also a member of Women Chiefs of Enterprise International, has a Prime Minister’s Centenary Award for leadership in business and in January 2016 was awarded an Order of Australia from the Australian Government.  In addition, Lynette was the first Australian to receive a Socrates Award from the World Business Assembly in Rome (awarded in September 2015), for innovation and business leadership, and in 2014 was the second Australian to receive the IWEC (International Women Entrepreneurs Challenge) award in Stockholm.

During the 80′s Lynette held senior positions with Manufacturers Hanover Trust, Pan American World Airways and National Broadcasting Company in New York City, whilst studying for her MBA in Finance from NYU. She also co-authored a book on managing human resources, which is archived in the US Library of Congress.

In the late 90′s Lynette was responsible for building a global business for Lend Lease in the information technology and telecommunications arena by investing in companies that provided IT services to corporations. She created the following joint ventures, each a leader in its field, and was a Director on each Board: 1. IBM Global Services Australia, a joint venture between IBM, Telstra and Lend Lease, 2. Advantra, also a Lend Lease joint venture with IBM and Telstra, 3. SITEL Asia Pacific, a joint venture with SITEL (the global leader in tele-servicing), and 4. coolsavings.com, which was the leading USA Internet coupon and relationship marketing company.

Lynette is affiliated with Chief Executive Women, the Chief Executive Women Leaders Program, the Asian Development Bank Female Leadership Program in the Pacific, and APEC. Her expertise in new business creation, business turnarounds, joint ventures, and entrepreneurship remain a valuable resource in her career, and she is always open to learning new things.

Lynette holds a MBA concentrated in Finance from New York University. In her spare time, she enjoys spending time with family and mentoring others. She resides in Sydney, Australia.

Worldwide Association of Female Professionals Member Lynette Mayne, MBA can be found in the Association Directory, where she is looking forward to networking with you.